There is no additional adjustment needed.VitroGel Hydrogel Matrix closely mimics the natural extracellular matrix (ECM) environment to make cells feel more like at home. The hydrogel is room temperature stable, has a neutral pH, transparent, permeable and compatible with different imaging systems. The solution transforms into a hydrogel matrix by simply mixing with the cell culture medium. Cells cultured in this system can be easily harvested out with our VitroGel Cell Recovery Solution. This user-friendly functional hydrogel creates an excellent balance of simplicity and versatility.

Learn more about all the hydrogel features

VitroGel Hydrogel Matrix is ready-to-use. Just mix with your cells. There is no cross-linking agent or the need to adjust the hydrogel concentration.

Recover cells from the hydrogel in 20 minutes with high cell viability. Enzyme-free system. 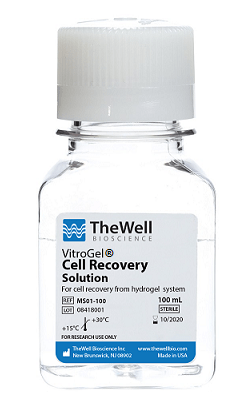 Cell Fluorescent Staining in Gel for Nuclei and Actin Filament 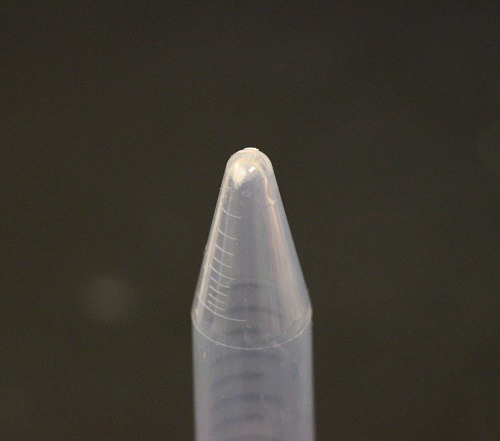 The fibroblast-like mouse bone marrow stromal cells (OP9-GFP) were 3D cultured in VitroGel Hydrogel Matrix and Matrigel®, a natural ECM-based hydrogel from Engelbreth-Holm-Swarm murine sarcoma. Single cells were homogenously suspended within each hydrogel, with each forming stretched fibroblast-like structure on day 1. The images above shows a clear 3D cellular networking structure formed in both hydrogels on day 7. Compared to Matrigel, the multiple functional ligands in the VitroGel Hydrogel Matrix promote a stronger cell-matrix interaction, which helps accelerate the cell proliferation and cell-cell communication during the 3D cell culture.

VitroGel Hydrogel Matrix can support the growth of various cell types. The images above are 3D cell culture of human mammary breast cancer cells (MCF-7) on day 7 in VitroGel Hydrogel Matrix and Matrigel®, a natural ECM-based hydrogel from Engelbreth-Holm-Swarm murine sarcoma. The cells were prepared as single-cell suspensions and encapsulated within each hydrogel respectively. The grape-shaped like cell colonies appeared on day 1 for both hydrogels. However, cells displayed 3D luminal structures (see arrows) only within the VitroGel Hydrogel Matrix. The cells cultured in Matrigel can only perform the spheroid structure. (Z-stack imaging system with 2D image projection was used. Blue: DAPI; Green: ActinGreen™) 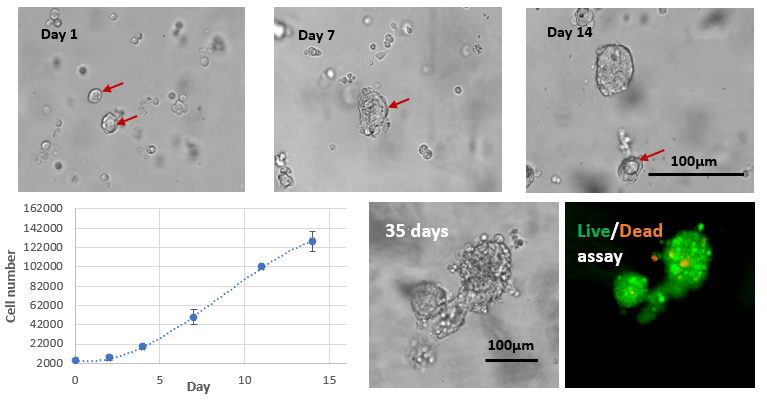 The images above show the cells at different stages of the long-term culture on days 1, 7, 14, and 35. The formation of the lumen structures were observed by day 7. By day 14, cellular polarity loss gave rise to spheroid structures. The malignant stage of the spheroid continued to produce the heterogenous mass of cells observed on day 35. The live/dead assay shows disorganized metastatic organization of cells within the tumor while the viability image shows a small zone of dead cell (red) at the center of the spheroid as well as surrounding the sphere.

Human Dermal Fibroblast (NHDF) cells were encapsulated within the VitroGel Hydrogel Matrix and cultured for 14 days. The images above show the 3D networking of the fibroblast structures, indicating strong matrix-cell interactions.

MCF-7 cells were encapsulated in a hydrogel matrix by mixing the cell suspension with VitroGel Hydrogel Matrix. After allowing the mixture to stabilize at room temperature for 10 min, NHDF cells were added on top of the hydrogel for 2D hydrogel coating culture. The NHDF cells attached and moved inside the hydrogel matrix after 48 hours of culture. The NHDF cells grew surrounding the MCF-7 spheroids and supported the fast growth of MCF-7 for large tumor structure formation. 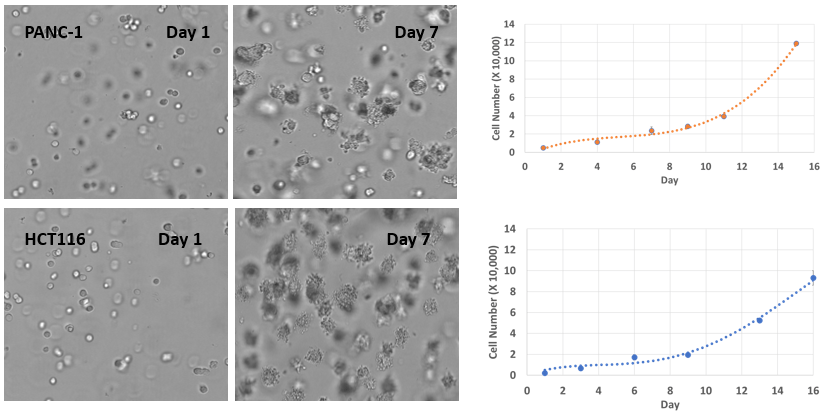 Matrigel is a trademark of Corning Incorporated. 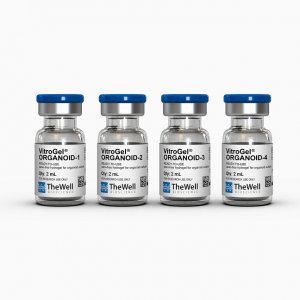 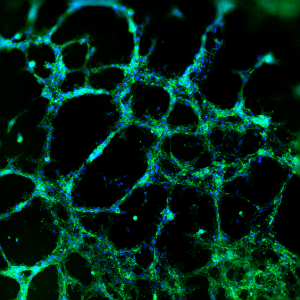 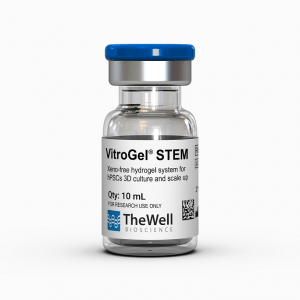 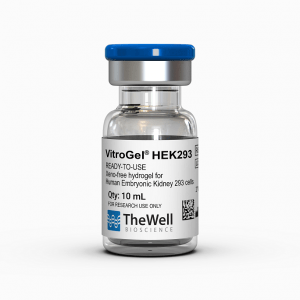 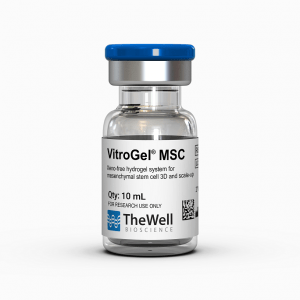 Cookie SettingsAccept All
We use cookies on our website to give you the most relevant experience by remembering your preferences and repeat visits. By clicking “Accept All”, you consent to the use of ALL the cookies. However, you may visit "Cookie Settings" to provide a controlled consent.
Manage consent